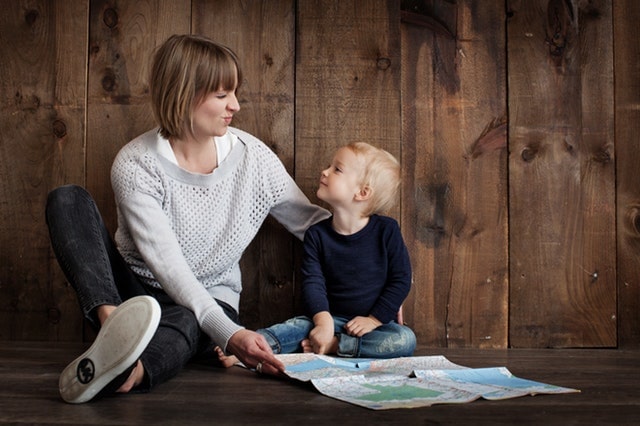 When two people decide to end a relationship, they typically go their separate ways and begin a new chapter in their lives. However, if children are involved, the situation immediately becomes much more complicated. The issue of child custody is a common struggle for parents who are splitting up, and the children often get lost in what can turn out to be an ugly battle. Aside from representing their clients in custody disputes, child custody lawyers are also able to offer some sound advice on how to co-parent in a healthy manner. The attorneys at Emblem Legal understand how hard it can be to see eye to eye with an ex, but also how important it is to put the children’s best interests first at all times. The tips below will help parents achieve that.

Think Before You Speak

It’s hard for some people not to say exactly what they feel about certain things, especially in the heat of the moment, but that can create even bigger issues. Child custody lawyers suggest taking a couple of minutes to think about whether your words will make a circumstance better or worse before you say them either to the other parent or the child, and if it’s the latter, try to come up with a more constructive way to approach the topic.

Leave the Past Behind You

Nothing will change the things that have happened in the past, and continuing to bring them up or holding it against your ex will only keep you from moving on. Commit to living in the present and thinking about a future for your child.

Relinquish the Urge to Control

The child custody lawyers at Emblem Legal know it isn’t easy for a lot of people to let go of having control in every situation, but the sooner you realize you cannot control the actions of your ex and how they parent, the sooner you’ll feel a weight lifted off your shoulders. You may not necessarily agree on every parenting technique, but you can let what happens at one house stay there and vice versa.

Focus on the Positives About the Other Person

It’s easy to focus on all the negative traits you see in your ex, but at one point or another before the break up, there were plenty of things you found to be appealing about them. It’s important to keep this in mind as often as possible and focus on the positive characteristics, so you can encourage those qualities to come out in their parenting skills.

Communication is key in every situation, and with co-parenting, even more so. Find a way to effectively communicate with one another, whether it’s through email, in person, or in a text. Keep conversations about the children, instead of yourselves and really listen to what the other person is saying, the way you want them to listen to you. Don’t be afraid to communicate your expectations and ideas in a practical manner, and never use the children as a go-between.

The first step to co-parenting successfully is remembering that it can be done. Setting aside your personal differences to work toward the common goal of providing your children with a warm, loving environment will relieve everyone’s stress. The child custody lawyers at Emblem Legal are on your side and ready to counsel you through this trying time.