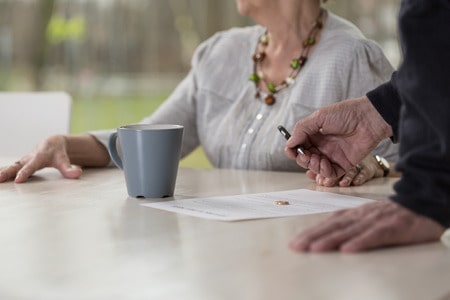 In order to obtain an absolute divorce, it is obvious that the parties must still be legally married. But some people have the misconception that separation affects the legal status of a marriage. Separation in North Carolina whether legal or not does not dissolve a marriage. Couples who are separated still are considered married and can take advantage of the benefits of marriage.

Either spouse must have resided in North Carolina for six months prior to the filing for absolute divorce. Residency refers to a permanent or indefinite intent to live in the state.

Separation is one of two grounds available to seek a divorce. Spouses must have lived separately and apart for one year prior to filing for an absolute divorce. This separation must be a continuous 12 months. The spouse would need to provide the beginning date of the separation to the court. They will also need to show proof that the two spouses have lived in separate residences for the one year period. If the marriage resumes within the separation period, the time resets and the spouses will have to live apart for another 12 months in order to obtain a divorce.

Incurable Insanity as Grounds for an Absolute Divorce

This is another ground available for obtaining an absolute divorce. Incurable insanity is when a spouse suffers from a mental illness or impairment that results in confinement in a medical facility. This means the medical care occurs outside the marital home and it prevents the spouses from living together. A judge can grant an absolute divorce if the mental illness caused the spouses to live separate and apart for three consecutive years. The healthy spouse can prove incurable insanity of the other spouse with two sworn statements from practicing and reputable physicians, including the treating physician. In cases of incurable insanity, the absolute divorce filing cannot be based on the one-year period of separation.

No Intention of Resuming Marriage

An absolute divorce in North Carolina should be handled by a knowledgeable and experienced lawyer. It is possible to file on your own, but you could possibly waive certain rights, if you are not fully informed. For example, your rights regarding alimony and property may be lost, if they are not dealt with before the courts grant your divorce. At Emblem Legal in Charlotte, NC, your legal needs concerning divorce, alimony, child support or equitable distribution will be addressed expertly and professionally. Contact us today to schedule a consultation.