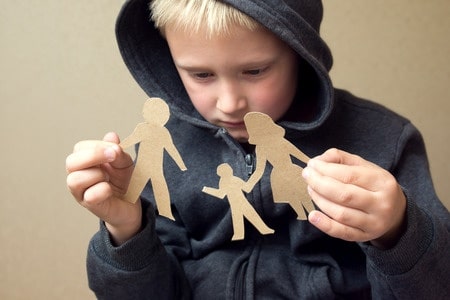 Child custody is often a contentious issue during parental separations. North Carolina custody laws guide the courts in deciding with which parent the child will live, how often a child visits the other parent, and the terms of visitation. It is important to understand North Carolina child custody laws when determining arrangements for your child. Emblem Legal in Charlotte NC can help you, every step of the way.

North Carolina custody laws are guided by the Uniform Child Custody Jurisdiction Act. A version of this act has been adopted in every state to establish a standard set of child custody jurisdiction and enforcement rules. This helps fight against parental kidnapping done in order to obtain a new custody decree in another state. Under that act, North Carolina court has jurisdiction if one or more of these conditions are met:

If any of these criteria exists, the judge will likely find that North Carolina has jurisdiction over the child custody case.

With legal custody, the parent can make important decisions in a child’s life regarding education, medical procedures, and other major decisions. It is common for the parents to have joint legal custody.

Physical custody determines with which parent the child will live. It is more common for one parent to have sole custody and the other have visitation as opposed to joint physical custody. A joint arrangement could be too disrupting to a child’s home and school life.

North Carolina custody laws require mediation of child custody cases unless there are concerns with domestic violence, child abuse, or drug/alcohol abuse. Mediation is a conversation between the parents facilitated by a court employed mediator. The session is private and information is not shared outside of the session. If the parties agree on a plan, a Parenting Agreement is drawn up by the mediator and sent to the parties and their attorneys for review. If no agreement is reached, the courts will decide custody.

The courts follow North Carolina custody laws in determining their custody decisions. The best interest of the child is the standard in making these decisions. Courts will usually use the following factors:

There is no distinction made in North Carolina custody laws between mothers and fathers with regard to primary physical custody.