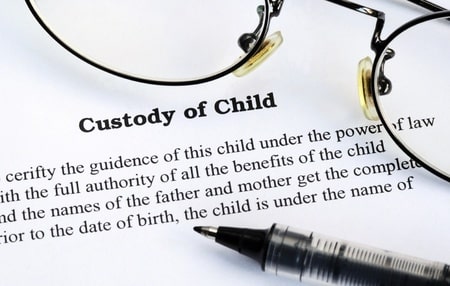 Whenever children are caught in the middle of a divorce case, the situation can turn pretty emotional rather quickly. Figuring out the best custody arrangement for the children needs to be the number one priority for both parties, no matter what other conflict they may be dealing with. However, if this can’t be done on their own, it’s a good idea to turn to the top child custody lawyers in Charlotte, NC who are familiar with custody laws and can help parents navigate through the process much more smoothly.

To gain some clarification on how the state’s custody laws work, parents should ask their child custody lawyers in Charlotte, NC the following questions.

What Does Mediation Involve?

In North Carolina, mediation is required as the first step in most child custody cases. This is a conversation between the two parents that is guided by a professionally trained mediator. The hope is that parents will be able to reach an agreement about custody between themselves without having to make it a matter for the court to decide. Topics of discussion during the private mediation session will be centered around the living arrangements of the children, visitation schedules, how major decisions will be made, and anything else the parents deem to be important.

If mediation results in the parties deciding on terms they can both live with, the mediator will write out a parenting plan that details the conditions and sends it to the parents and their child custody lawyers in Charlotte, NC to review before it becomes an official court order.

Who Makes the Decision About Custody and What Factors Are Considered?

When no agreement is reached in mediation, a custody action is filed with the court system. In these cases, a judge will decide what is in the best interest of the children. Both parties should have child custody lawyers in Charlotte, NC who will put together evidence trying to prove why their client should be the one to receive primary custody. Generally, North Carolina courts choose not to award joint custody because of the inconsistency and instability it results in for the children, as they’re constantly shuffled back and forth from place to place.

To establish what the custody and visitation arrangements will be, judges will typically take a number of factors into consideration. Commonly, these include the children’s relationship with both parents, the parents’ ability to provide for their needs, living conditions, and whether there is a history of domestic violence or drug and alcohol abuse.

Can Child Custody Arrangements Be Modified?

Custody orders are never permanent. However, child custody lawyers in Charlotte, NC will have to prove that there has been a substantial change of circumstances that warrants another look at the ruling. Whatever the change may be, it must directly affect the children in order for arrangements to be modified.

To give yourself the best chance at being awarded primary custody, you will want to work with the family law experts at Emblem Legal. Our child custody lawyers in Charlotte, NC have extensive experience and knowledge in this area of practice. We will put together a solid case that shows your children will flourish most under your care and supervision.