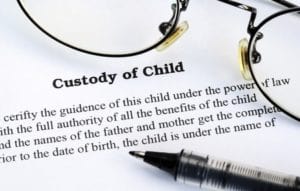 Child custody tends to spark the most controversy between two people involved in a divorce case. Each parent wants the best for their children and may be equally convinced that they are the parent who is better suited to provide for their needs. When this is an issue that can’t be resolved outside of court, it’s important for parents to learn everything possible about child custody laws in NC to help their own case.

If you find yourself going through a custody battle or would like to make changes to your current custody arrangement, this is some of the most important information you should know before taking any legal steps.

Child custody laws in NC operate under the Uniform Child Custody Jurisdiction and Enforcement Act, as most other states do. This requires that anyone with parental rights is given the chance to present their custody case in court and must be allowed reasonable notice to appear. This is also used to identify the proper jurisdiction of custody proceedings.

Child custody is broken down into two different types, which are defined as legal and physical. Legal custody establishes whether one or both parents will make decisions in the child’s life regarding education, health, and religious affiliations.

Physical custody resolves the question of where the child will be living. Usually, either joint or sole custody is granted, however, child custody laws in NC don’t typically acknowledge joint custody as an option. To minimize the disruption to a child’s school and activity schedule, North Carolina courts will give one parent primary custody while the other receives secondary custody.

Unless extenuating circumstances exist, the child custody laws in NC don’t favor one parent over the other. They are actually set up to show preference for private mediation, with the two parties trying to settle custody disputes outside of the courtroom.

With a third-party mediator in control, each parent may be required to develop a parenting plan that details how they wish to individually raise the children. If no agreement can be reached, the courts will step in to make a ruling.

There are several factors that a court will utilize to determine child custody arrangements. The health and safety of the children will be the number one priority, and to conclude where their best interests lie, judges will review:

What Can Emblem Legal Do For You?

When your children’s future and the amount of time you are allotted to spend with them are at stake, you will need a lawyer on your side who has extensive knowledge about child custody laws in NC. At Emblem Legal we have a team of family law attorneys that are qualified and well-equipped with resources to help you navigate through this particularly difficult aspect of your divorce.